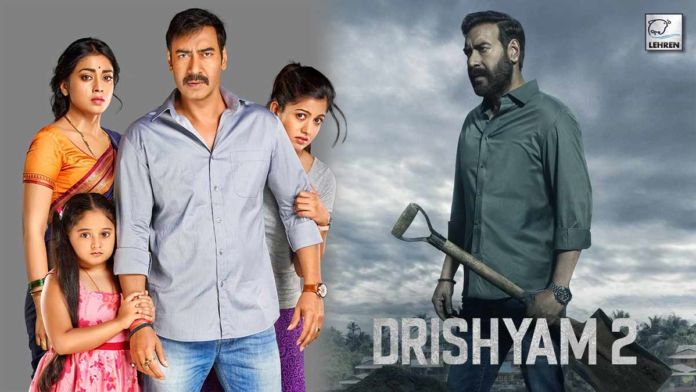 Drishyam’s sequel, Drishyam 2, is slated to release on November 18th, 2022. The film is directed by Abhishek Pathak and stars Ajay Devgn, Tabu, and Akshaye Khanna in the lead roles.

The story of Drishyam 2 is set 7 years after the events of the first film. Ajay Devgan’s character Vijay Salgaukar is still hiding the crime that he did in Part One.

The trailer of Drishyam 2 has left us in awe.

The film is a sequel to the 2015 film Drishyam and tells the story of a crime lord, his family, and the detective investigating their activities. The trailer shows the intricate plot and the high-octane action sequences.

The cast is impressive and the film promises to be an exciting watch. Ajay Devgan is always a hit

The Draishyam 2 is set in the fictional town of Gopalpur and follows the story of Vijaya Salgaukar and his family, who are investigated by the Police.

The film Drishyam 2 explores the themes of wisdom, love, and faith of the common man. The characters are struggling to hide their crime,

Specifically, the story focuses on the conflict between the common man’s intelligence and the police.

The story is awesome and who hasn’t seen Drishyam 2 in Malayalam? For those people, this feeling can prove to be like inception.

Hello, my name is Amjad Ansh and I am an SEO executive. I specialize in helping businesses improve their online visibility and drive more traffic to their websites through search engine optimization techniques.